What makes Belize a great place for scuba diving?

Considered one of the world’s best destinations for scuba diving, and recently recognized for its amazing dive sites.

Considered one of the world’s best destinations for scuba diving, and recently recognized for its amazing dive sites. 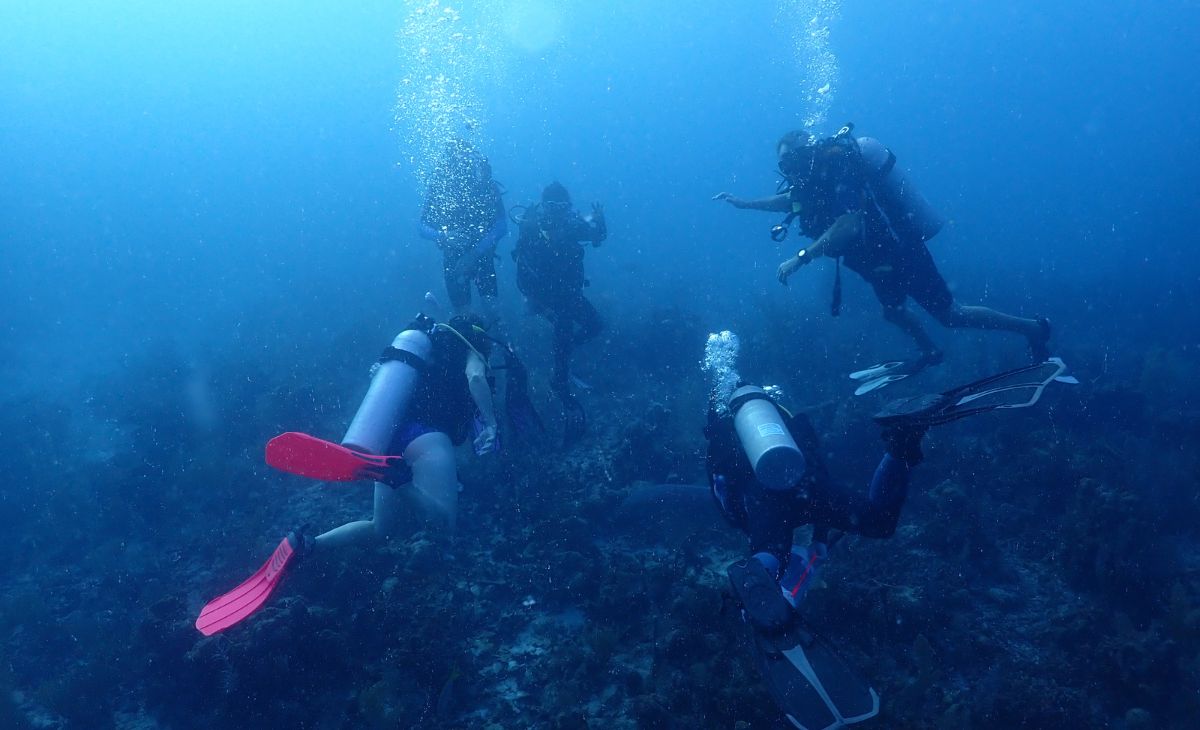 Winning this award is not without merit, as scuba divers from all over the world choose Belize, to experience the largest barrier reef in the Northern Hemisphere.  Belize also hosts three (of four) coral atolls in the Caribbean, the only such structures in the Western Hemisphere. “With more than 400 islands, white sandy beaches, the longest unbroken barrier reef in the Western Hemisphere and 298 kilometers/185 miles of coastline, Belize is a world-class scuba diving destination” (PADI)


The Great Blue Hole of Belize
The Blue hole is definitely in every diver’s bucketlist, and it's one of the most famous landmarks of Belize, discovered by the late great Jaques Cousteau.

It is considered one of the greatest geological wonders of the world.  “A site for more experienced divers, a deep dive into the Great Blue Hole will unveil a whole new world full of rare fish and stalactites not found in other sites near the water’s surface” - Belize Tourism Board

While the Blue Hole is Belize's best-known dive site for highly skilled divers only, you will also find the best diving sites at Lighthouse Reef atoll where the waters are clear and warm, and rich in marine biodiversity. The atolls provide the ideal conditions for beginners and exciting sites for advanced divers. The dive sites are usually less crowded compared to other sites around the world which is always a bonus. 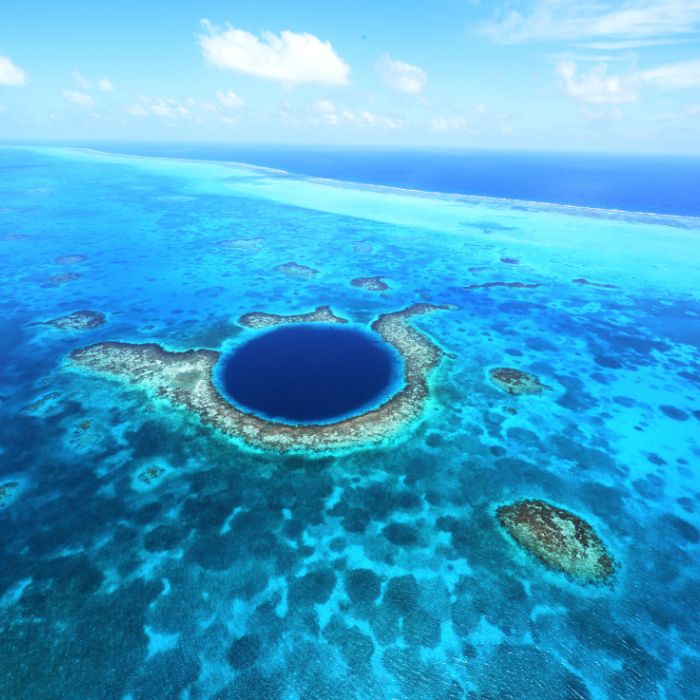 What is an Atoll?

An atoll is a ring-shaped coral formation that surrounds a lagoon. As reef building corals thrive only in warm waters, atolls are only found in the tropics and subtropics.

The Three Atolls of Belize 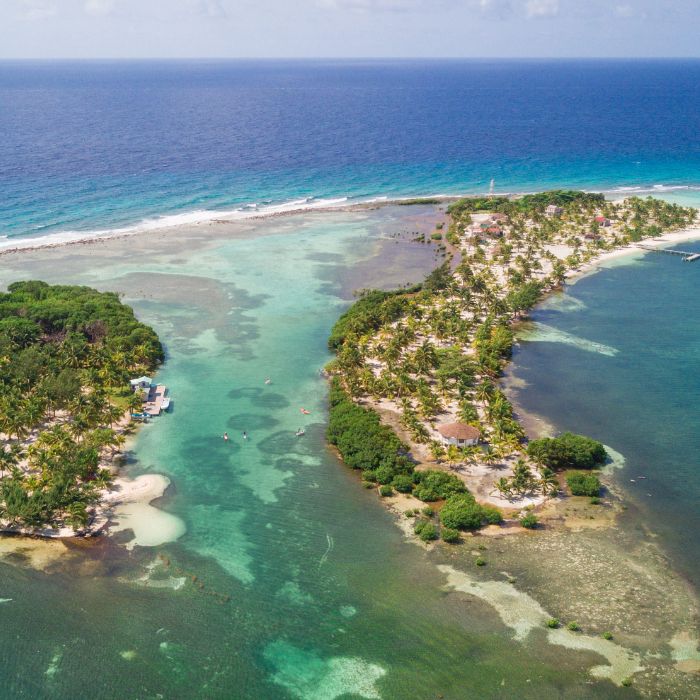 What is it like to dive in the atolls:
“The water at the reef is some of the best in the world. Crystal clear with visibility routinely extending hundreds of feet, you’ll always get the best view and diving experience. No matter what month you’re visiting, surround yourself with warm water and plenty of marine life to take in including corals, sharks, turtles and stingrays “ (PADI) 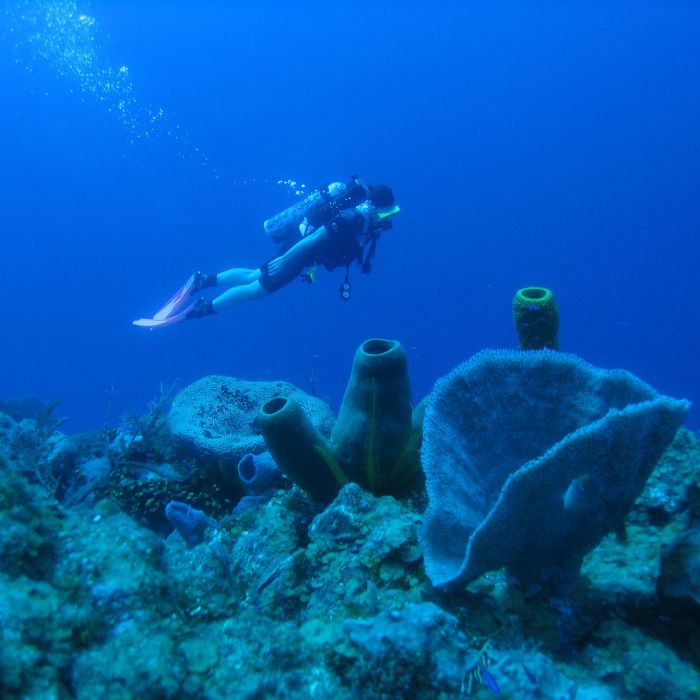 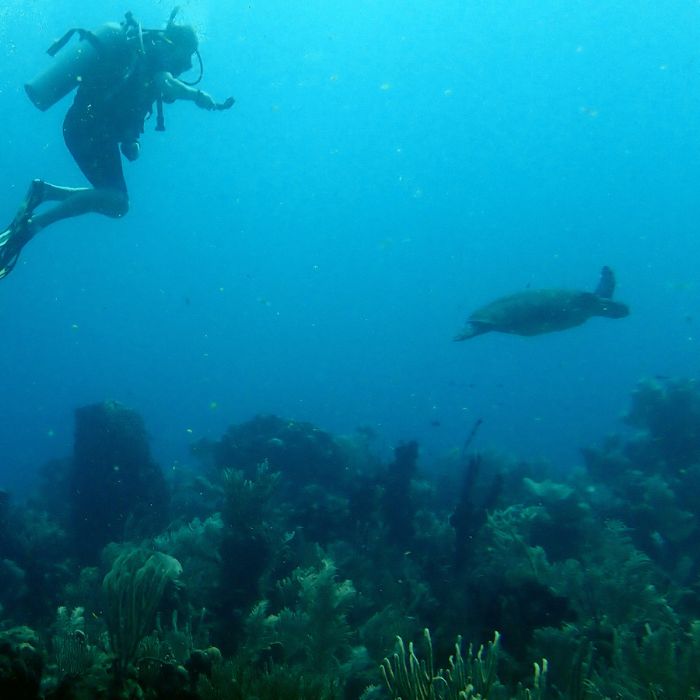 Considered the second largest Barrier Reef system in the world, the Meso American Reef System includes 4 atolls of the Caribbean, and the Belize Barrier Reef system.  This reef starts at the northern tip of the Yucatan Peninsula and extends all the way down past Belize into Honduras.  This incredible structure hosts over 700 islands, and offers shelter to the mainland from the open ocean swells.  To dive “Off the Wall” is a spectacular experience.

More diving!
We have a  Paradise Scuba package that includes 4 nights and 3 diving sites: 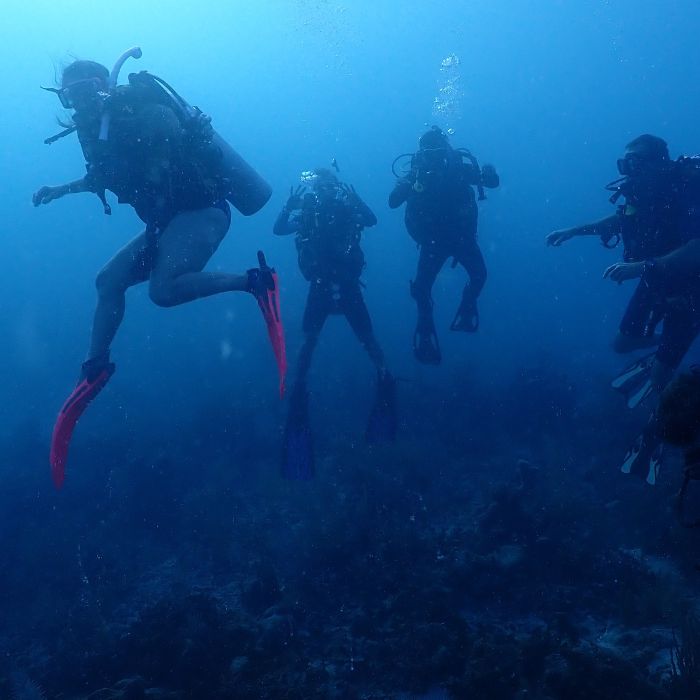 It’s important to know that to dive in Belize a diving certification is required.  For those looking get PADI Certified,  or furhter their scuba diving sklills  - we can assist you booking a certification program at Tobacco Caye Paradise. 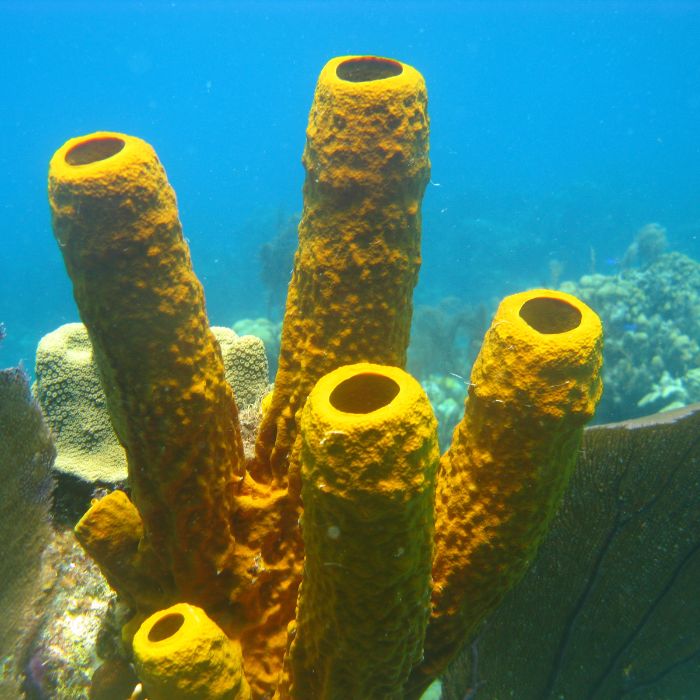 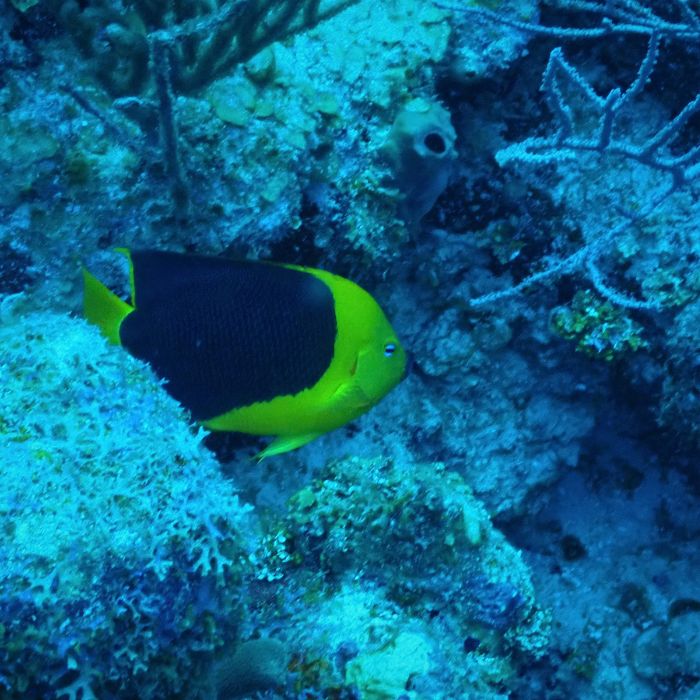 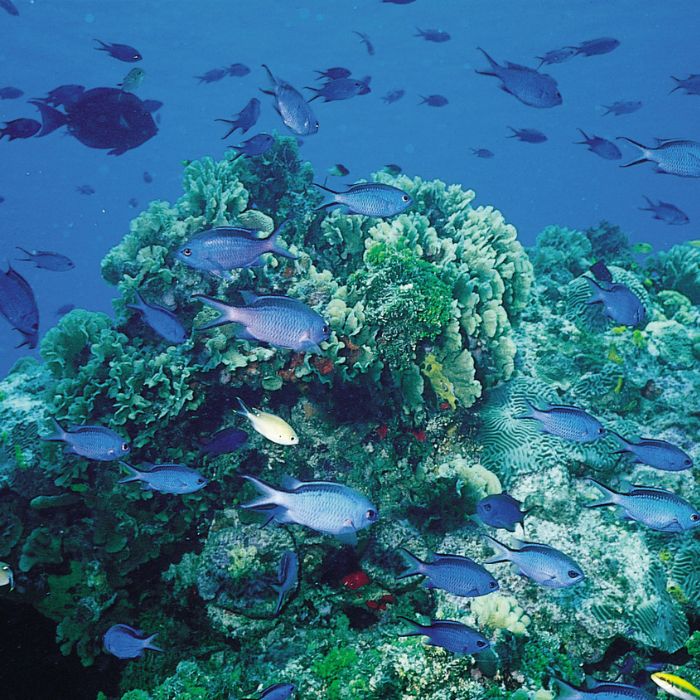