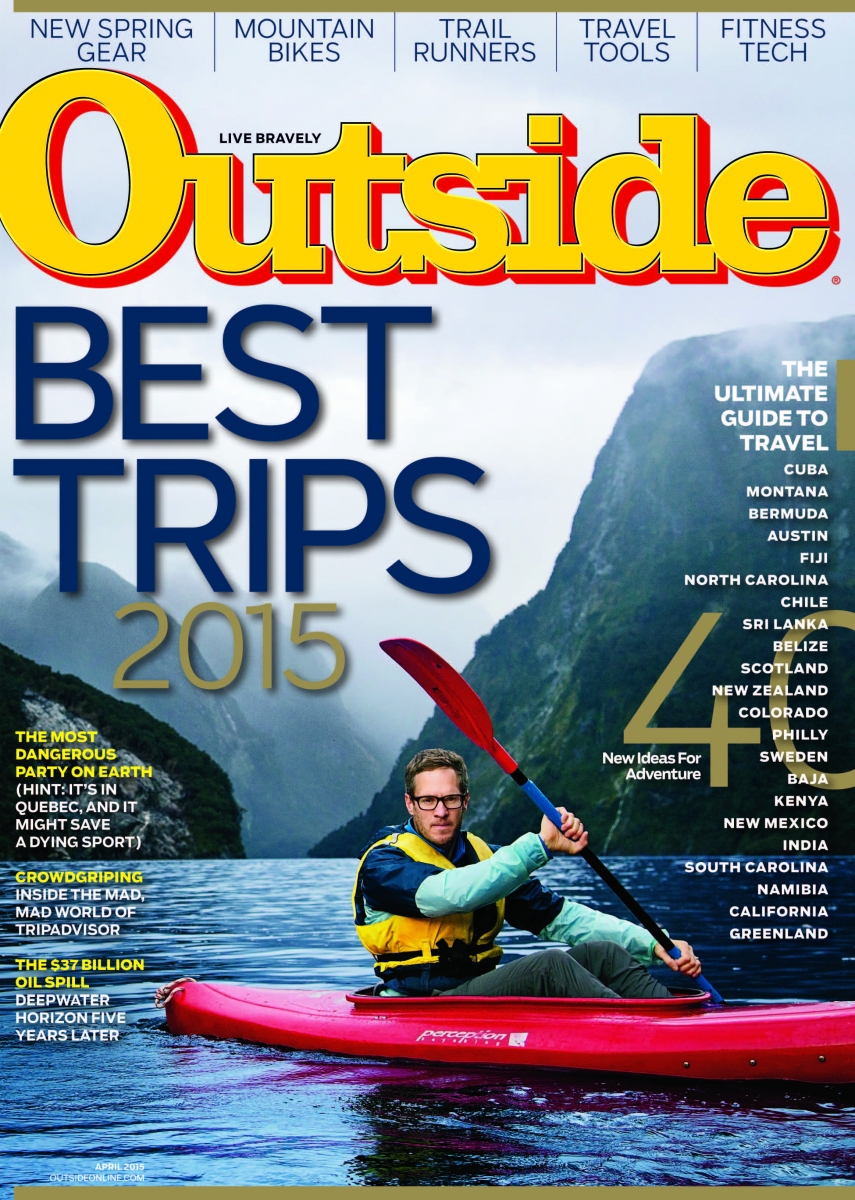 We're thrilled to share the news that our Coral Islands Stand Up Paddleboard trip was named Best SUP Odysssey in Outside Magazine's Best of Travel 2015.  Below is the press release with more details!  The Best of Travel 2015 will be featured in the April 2015 issue of Outside, and the article is available online now.

March 11, 2015 –– OUTSIDE, America’s leading active lifestyle brand, has selected Island Expeditions as an honoree of its annual Best of Travel awards. From newly-revealed travel territories to the best deals, OUTSIDE’s Best of Travel 2015 celebrates the destinations and travel providers that inspire people to participate in an active lifestyle. Island Expeditions’ Coral Islands Stand Up Paddleboard Trip was honored as Best SUP Odyssey: Belize. The entire list of winners appears in OUTSIDE’s April issue (on newsstands March 17), and online at www.outsideonline.com/bestoftravel.

This year, OUTSIDE’s adventure travel veterans scoured the globe to identify the coolest mountains to climb, food to eat, rivers to float, guides to hire, beaches to lounge on, and lodges to luxuriate in. The result is 40 breathtaking options—from the guides to show you around, to the cameras to capture it all, to the places to stay, to the best place to grab a snack at a food truck along the way.

'Island Expeditions is extremely excited about the 2015 launch of their Coral Islands SUP adventure," said Director Leif Sverre. "The inaugural trip was led by guest instructor and Stand Up Paddleboard expert and enthusiast Norm Hann.  It was a huge success, and our next departures are set for February and March 2016".

“OUTSIDE has been covering the adventure-travel beat for nearly four decades,” said Editor Chris Keyes. “We know this terrain, and now we’ve narrowed your choices of hotels, destinations, outfitters, and travel gear from approximately 10.6 million to 40. The final choice is still on you, but now the task is at least manageable.”

The Coral Islands Stand Up Paddleboarding (SUP) is a special Lodge-to-Lodge Stand Up Paddleboard Journey in the Southwater Caye Marine Reserve of Belize. Participants will spend days paddling and snorkeling lesser traveled areas of the reef, and nights will be free to relax and enjoy local cuisine at family-run island cabanas.  Previous paddling experience required. This is the first guided lodge to lodge SUP and snorkeling journey of its kind!

The complete list of Best of Travel winners will be featured in the April issue of OUTSIDE, available March 17, and online at www.outsideonline.com/bestoftravel. Continue the conversation with #OutsideTravel2015.

We're thrilled to share the news that our Coral Islands Stand Up Paddleboard trip was named Best SUP Odysssey in Outside Magazine's Best of Travel 2015.