Why First Impressions Are so Important on a Belize Vacation, Or Any Vacation for that matter... | Island Expeditions Skip to main content

Why First Impressions Are so Important on a Belize Vacation, Or Any Vacation for that matter...

A first impression is like the single beat of a drum: it hangs in the air a moment, hollow with the promise of what is still to come. All that follows is not enough to erase or alter the lingering boom of that first impression. A trip abroad is full of first impressions: of the people you will be travelling with, of the people whose lives and comfort you have entrusted on this new voyage, of the strange new places you will discover. 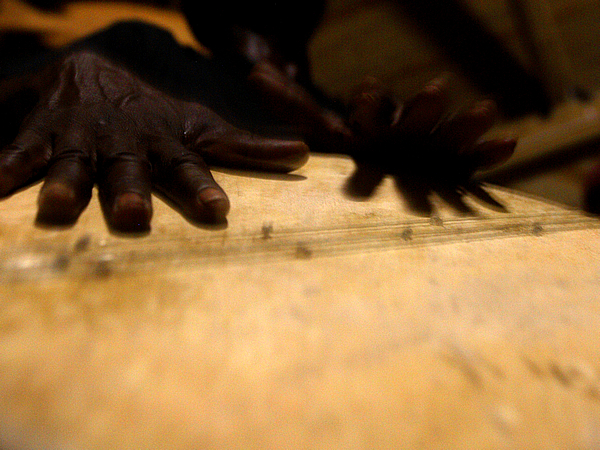 I anticipate a long and boring boat-ride; nothing but a vast expanse of water, maybe a few distant islands, until we reach our island, Half Moon Caye. The boat pulls away from the dock into a shallow, muddy sea. As we move away from Belize City, the water becomes clearer, and begins to take on a magical hue of green shifting to blue. We pass some islands, as expected, but suddenly we cross the barrier reef, and the water changes to a deep, indigo blue; the light chop replaced by a long, rolling swell. (boom) It is a sunny day with a light breeze, and the blue water sparkles in the sunlight. We steam through the rolling sea, and gradually approach land. Or rather it looks like land, but it is actually trees. (boom)  Clusters of trees growing in shallow water without any actual dry land under them are called drowned cays. The trees are mangroves, and soon we are motoring through a channel of mangroves and over a shallow bank. We cross over this bank, the water shallow, green and choppy . After a few minutes we emerge on the other side, and passing through a cut in the reef, we watch the bottom drop away again, and the deep, blue water is back, with an even deeper, rolling swell than before.

Lighthouse Reef is the name of the atoll where our little island sits. It is several miles wide and about twenty-five miles long, north to south. Half Moon Caye is perched on the southeast corner, hanging on the edge of the last shallow water before the bottom really drops away, into the miles-deep Cayman Trench. It is a tiny oasis of dry land in a vast oceanic desert of wind and waves. And we are about to spend a week here. I wonder if we will have enough to do in such a small place.

As the boat passes onto Lighthouse Reef , the bottom rises up to meet us. The water is so clear that you can distinguish the seagrass beds and coral reefs from the sandy bottom. A diamond-shaped stingray, as big as a car hood scoots away from under us over the white sand. (boom) We pass one long, low island and head for the last vestige of land, the very edge of the continent. There is something hanging over the island, small, dark shapes, hundreds of them. As we get closer I can see they are birds: frigatebirds mostly, but also boobies, and a pair of osprey. They float and glide on the wind, hanging over the island like kites flown on long, invisible strings. (boom)

Here we are at last, on our little island. Soon we will have everything moved into camp, and start a new routine. I expect to hear that little drum many times on this adventure.