What is a UNESCO World Heritage Site and how does this designation help the Belize Barrier Reef System? | Island Expeditions Skip to main content

What is a UNESCO World Heritage Site and how does this designation help the Belize Barrier Reef System? 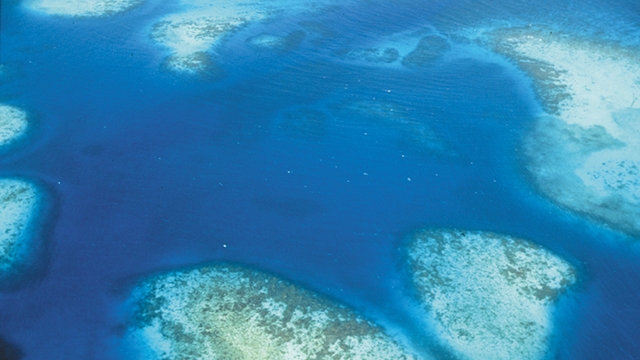 A World Heritage Site is a place that is listed by the United Nations Educational, Scientific and Cultural Organization (UNESCO) as of special cultural or physical significance. Let’s take a closer look at the UNESCO designation and its impact on the Belize Barrier Reef System.

What distinguishes the Belize Barrier Reef System from other reef systems?

It is the unique array of reef types within one self-contained area that distinguishes the Belize Barrier Reef System from other reef systems.

Shielding the coast of Belize from the full force of the sea, the Belize Barrier Reef is a pristine example of a living community of coral animals that has profoundly altered their geography. Sheltered behind this living reef, small cayes (islands) of coral-sand form and in the sheltered lagoons mangroves thrive. The mangrove’s submerged roots trap sediments, which create important habitat for juvenile fish, countless marine invertebrates and a rich array of seabirds.

How does the UNESCO designation help the Belize Barrier Reef System?

With the UNESCO designation the Belize Barrier Reef is a protected area. It is an important habitat for a number of threatened marine species, including the West Indian manatee, green turtle, hawksbill turtle, loggerhead turtle and the American crocodile. It is also a very significant habitat for endemic and migratory birds which reproduce in the littoral forests of cayes, atolls and coastal areas. Major bird colonies include the red-footed booby on Half-Moon Caye, brown booby on Man O’War Caye and the common noddy on Glover’s Reef. 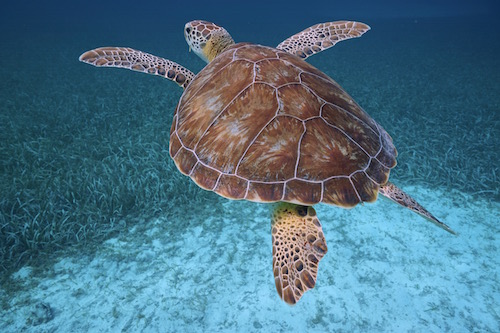 Lighthouse Reef Atoll (including the Great Blue Hole) is one of Belize’s national treasures and Half Moon Caye is considered the crown jewel of the Belize Barrier Reef System. In 1928 Half Moon Caye was designated one of the first Marine Protected Areas in the Caribbean. In 1971 the Belize Audubon Society lobbied the government of Belize to expand the reserve around the island.  Then, in 1982 it was named a National Monument to Belize.  It was then designated a UNESCO World Heritage Site.  Our Lighthouse Reef Basecamp is situated on spectacular Half Moon Caye and we are extremely lucky to be the only operator to overnight on Belize's first national park. 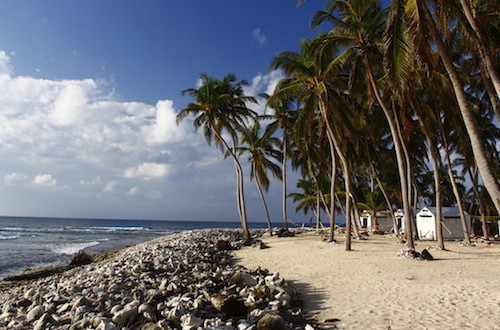 South Water Caye Marine Reserve is the largest marine protected area in Belize, covering 117,875 acres.  From November to the end of April we offer guided kayaking, snorkel and Stand Up Paddleboarding to this UNESCO designated area on our Paradise Islands and Coral Islands SUP trips.  We also offer a year round Rainforest and Reef Explorer package which takes you from the pristine tropical rainforest of Mayflower Bocawina National Park to a secluded island in South Water Caye Marine Reserve. 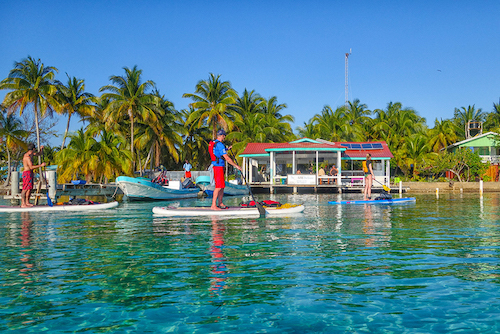 Glover’s Reef lies at the heart of the largest coral reef system in the Western Hemisphere and is a critical nursery and feeding ground for sea turtles, sharks, rays, and fish for Belize, and the rest of the Caribbean. In 1993 the Wildlife Conservation Society partnered with the government of Belize to protect the area and establish Glover’s Reef Marine Reserve.  The WCS also established the Glover’s Reef Research Station, a cutting-edge facility which supports the conservation and management of coral reefs and marine protected areas. In 1996, the Glover’s Reef Marine Reserve was given UNESCO World Heritage Status, as part of the Belize Barrier Reef Reserve System. Our Glover’s Reef Basecamp is located on Southwest Caye and is the perfect base for exploring Glover’s Reef Atoll. 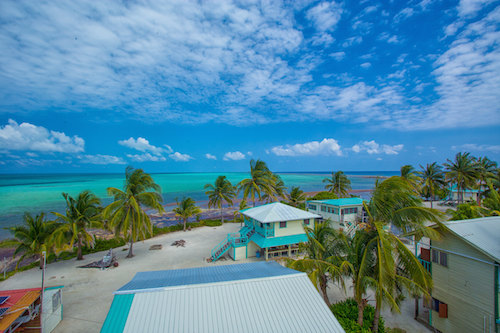 Our conservation work in Belize started 30 years ago. In our first years of running trips we recognized that we couldn’t take for granted the remarkable abundance of pristine habitats and wildlife that we have been have so fortunate to make a part of the trip experience. In the last decade, we have contributed over $100,000 to organizations that are actively involved with advocating for coral reefs, wildlands and wildlife management, education and sustainable development.

Experience the Belize Barrier Reef with Island Expeditions. Our trip planners will make sure you have the adventure of a lifetime in Belize.