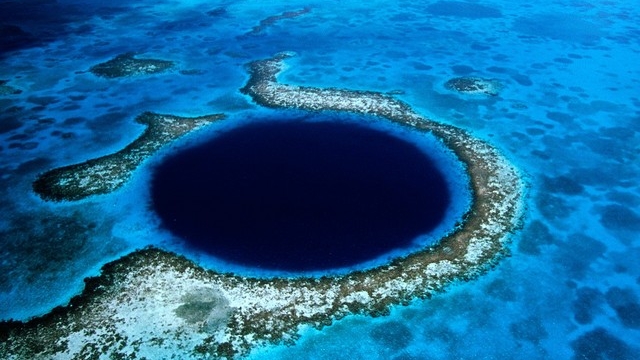 Our Lighthouse Reef Adventure was featured in Outside Magazine as one of seven island getaways offering the perfect balance of adventure and indulgence.  Check out this article by Riley Blanton which showcases Half Moon Caye, Lighthouse Reef and the Blue Hole as a premier Dive Getaway.

Seven island getaways with the perfect balance of adventure and indulgence.

Boundless Journeys' Oceania Odyssey starts with infinity-pool luxury at the Palau Pacific Resort, on Koror, before going rustic: For the next week, no more than ten guests camp on two smaller islands; snorkel over sunken World War II planes; sea-kayak the saltwater Black Tip Lake, accessed by marine tunnel; and dine on fresh-caught parrotfish. January–October; from $4,695 per person; boundlessjourneys.com

On the new seven-day Sailing & Walking Around Skye trip from Wilderness Scotland, local skipper Angus MacDonald Smith will ferry eight guests around Skye on his 67-foot yacht, Elinca, seeking out the old pirate anchorages, hailing passing fishermen to buy prawns, and cruising up inlets to launch guided hikes in the steep Cuillin Hills. Go in May or June for 20-hour days and peak seabird nesting. $1,400 per person; wildernessscotland.com

Gap Adventures' Madagascar Experience focuses on inland beauty. From the capital of Antananarivo, your crew will head south by minibus, stopping to hike in lush rainforests, bike around (and swim in) Lake Andraikiba, and explore the eroded sandstone Isalo Mountains. March–December; $1,449 per person; gapadventures.com

REI Adventures' San Juan Islands trip is a six-day mash-up through Washington's Puget Sound, including a 50-mile road-biking spin around Orcas Island, sea kayaking with killer whales near Sentinel Island, and one night at a remote campsite. (The other four are spent at the Lakedale Resort's tent-cabins, which have real beds.) From $1,899 per person; rei.com/adventures

On the seven-day Lighthouse Reef trip from Island Expeditions, you'll kick back in safari-style tents and napping hammocks strung in coconut groves on 44-acre Half Moon Caye, some 50 miles off the mainland. Of course, you'll probably spend most of your time in or on the water, diving the Blue Hole—a famous, 400-foot-deep well—snorkeling in shallows, and exploring the reef by kayak. From $1,789 per person; islandexpeditions.com

Backroads' new six-day Crete cycling trip starts from Iráklion, on the northern coast, and ends, after 268 miles of pedaling, at Akrotiri Cape, in the west. In between, you'll spin past lush vineyards and olive groves and Venetian harbor towns, where fresh seafood and plush inns await. $3,598 per person, double occupancy; backroads.com