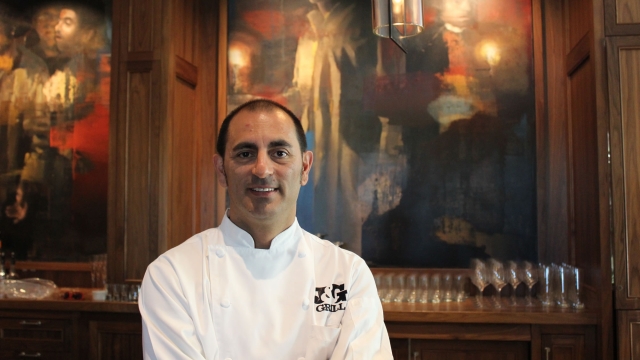 We're thrilled to have Chef Richard Samaniego joining us in Belize this November.  This is Richard’s second season with us, and he’ll be working with our cooks on developing creative new menus for our trips.

Richard will be on board for our November 16, 2014 Glover's Reef and River of Caves departure, adding his creative flare to our daily Basecamp meals.  Guests on this trip can come prepared to enjoy specially prepared menus using fresh fish, grilled meats, local specialties and tropical fruits…Belizean cuisine and island fare a la Richard!

Richard brings with him twenty-two years of food and beverage knowledge and experience.  He currently works as Executive Sous and Chef de Cuisine at the Saint Regis Deer Valley where he oversees the award-winning Jean-Georges Vongerichten’s J&G Grill.  He takes an innovative approach to his menus and strives to showcase locally sourced ingredients whenever possible.

Prior to his appointment at The St. Regis, Samaniego served as Executive Sous Chef at the Fairmont Chateau Whistler in Whistler, British Columbia, where he managed the kitchen – from menu creation to operation – for more than four years. Previously, Samaniego served as Banquet Chef at the Fairmont Sonoma Mission Inn and Spa in Sonoma, California, for nearly five years. While there, Samaniego was in charge of menu creation for a wide array of special events including weddings, banquets and wine-maker dinners.

Richard loves Belize and is an avid outdoorsman and fisherman.  If we can’t find him in the kitchen with our cooks, we’ll probably see him out fishing the flats of Glover’s Reef!