Focus on the Family Vacation

As we move from the lazy days of summer to the flurry of fall activities, making plans for the holidays becomes top of mind for alot of families.  Here is an interesting article that appeared in National Geographic Traveler with some good ideas on how to Reboot the Family Vacation.

Posted by Christopher Elliott of National Geographic Traveler in Family Time on July 2, 2013

Once the best opportunity for enrichment and education as well as much needed R&R, today it’s often a dysfunctional, unhealthy, sense-dulling waste of time and money, typically enabled and abetted by an unimaginative travel industry.

Don’t believe me? Then head to some of America’s vacation hot spots this summer, such as Orlando, Gatlinburg, Grand Canyon National Park, or Honolulu, and watch the families.

Thoughtlessly, parents herd their kids into fast-food restaurants, novelty museums, and theme parks. At night, they deposit their offspring in the hotel’s kids center, where Junior and his siblings huddle around their electronic overlords, ignoring all external stimuli. Really, why even bother leaving home?

What’s driving the dumbing down of the American family vacation? We parents are, to some extent.

We’re too tired to prepare real meals for the kids, and we’re too busy to plan enriching travel experiences, so we buy what’s easy—processed junk food and off-the-shelf, highly marketed package vacations that are overly focused on amusement.

Consider this telling number: About 50 million visitors go to Florida’s Disney World complex every year to go on thrill rides and have tea with cartoon characters. Meanwhile, just 63 miles away, the Kennedy Space Center, where you can touch an actual moon rock and shake hands with a real live astronaut, draws a little over 1 million people a year. And did I mention that the $50 adult admission costs about half that of a Disney daily ticket?

Just as the food industry can produce healthier fare, the travel business can do better.

The idea came to me at the end of an otherwise spectacular guided group tour to Italy last year. We’d done it all — explored the Colosseum in Rome, visited the Sistine Chapel at the Vatican, and seen Michelangelo’s “David” at the Galleria dell’Accademia in Florence.

It was a once-in-a-lifetime trip. Then we sat down to dinner and the kids were served pizza, chicken tenders, and burgers. We flew more than 5,000 miles, to a country known for its cuisine, and they’re eating fries? Mamma mia!

Hotels have been phoning it in for years. When our kids were younger, we stayed at a swanky resort in St. Petersburg, Florida, that offered a kids program with activities around an ocean theme. We dropped them off before dinner. When we returned, we found our kids reclining on beanbags, staring catatonically at a video. Turns out all those educational programs were only offered during the day in the high season.

I admit, it’s difficult to say “no” to our sons and daughters. But just as we don’t allow them to eat junk food all the time, we shouldn’t take them on junk vacations all the time. In fact, when it comes to peeling them away from their tech devices, a vacation is perhaps your golden opportunity.

“A change of venue allows a change of perspective,” says Ann Meier, a University of Minnesota sociologist who studies family relationships. “Vacations are good bonding and enriching moments.”

Research suggests that spending time learning together as a family helps develop reading and writing skills in kids. That means a well-planned vacation could even help your kids get into the Ivy League.

The trick isn’t to take all the fun away but to plan a vacation so that learning is inevitable. For example, a visit to Boston can include an afternoon on the Freedom Trail, a slice of Boston cream pie, and a visit to Harvard (never too early to think college!).

On Oahu? The North Shore gets all of the attention for its surfing, but take your kids to the Waimea Arboretum and Botanical Garden, and they’ll learn about ancient Polynesian cultures, too.

The country is in the middle of commemorating the 150th anniversary of the Civil War: Many states in the East and some in the West have war sites, so work in a battlefield on your way to the water park; admission is often free.

OK, that’s easier said than done. I know because since 2011, I’ve been on the road almost nonstop with my own family, blogging on National Geographic Traveler’s Intelligent Travel blog.

I’ll never forget my 10-year-old son sleeping through a narrated tour of Canada’s Jasper National Park. He missed a three-hour lesson in geography, history, and zoology. Yet we’ve also had many “high five” moments, like the time we visited Put-in-Bay, an island in Lake Erie, and our fifth grader stood at the top of the International Peace Memorial and something clicked about the War of 1812.

We know because weeks later, at another museum, he correctly identified a portrait of Captain Oliver Perry and informed the curator about the techniques used to win the Battle of Lake Erie. Wow.

A few travel companies get it, offering tours that expand horizons and combine adventure with education in just the right proportions. (See Traveler‘s “Tours of a Lifetime“ feature for examples.) I’m calling on the others — the vast majority of travel agents, tour operators, and cruise lines that create America’s family getaways — to help parents give their families better vacations.

Christopher Elliott serves as resident consumer advocate and ombudsman for National Geographic Traveler, and writes the “Insider” column for the magazine. Follow his story on Twitter @elliottdotorg. 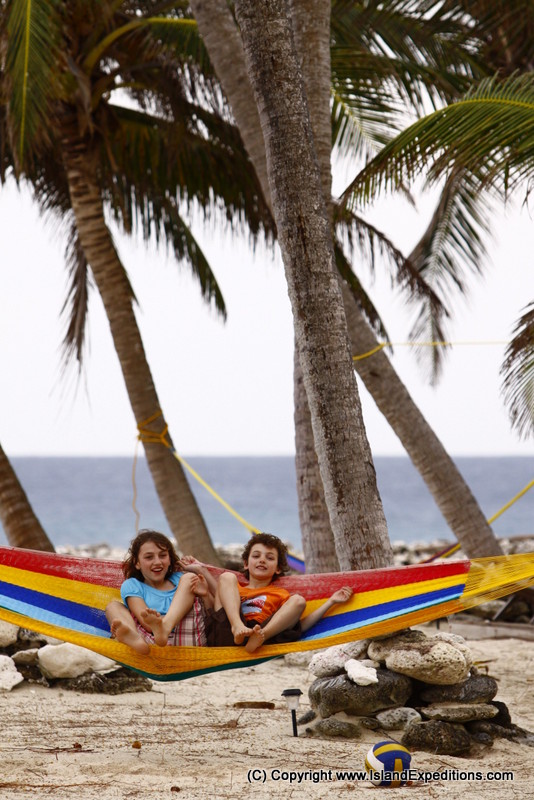