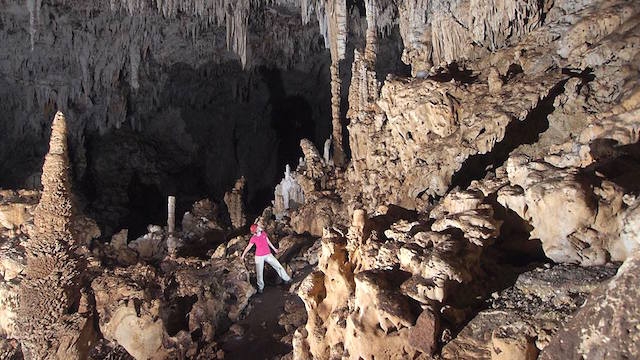 We are delighted to announce a new experience on our popular Glover's Reef and Mayan Caves trip. Guests will now have the opportunity to go to a private and seldom visited archaeological Mayan cave and explore the ancient ruins of Xunantunich.

At the beginning of the trip and before heading out to the Glover's Reef Basecamp on Southwest Caye, guests will stay overnight at the beautiful Cahal Pech Village Resort in San Ignacio.  The following day will be filled with adventure and exploration.

The first part of day will be visiting the ancient Mayan ruins of Xunantunich. Xunantunich is located just a short drive from San Ignacio and includes crossing the Mopan River on a hand-cranked ferry.

Xunantunich was once a large city complete with temples, plazas, ball courts and had a population of 200,000 people. This ancient was city abandoned by the Maya nearly 1000 years ago. At the ruins, there is a museum to visit with interactive displays and exhibits. You can then walk around the ruins and see El Castillo, Belize’s steepest Mayan temple. The city was designed around this incredible temple and you can enjoy the beautiful panoramic views from the top. 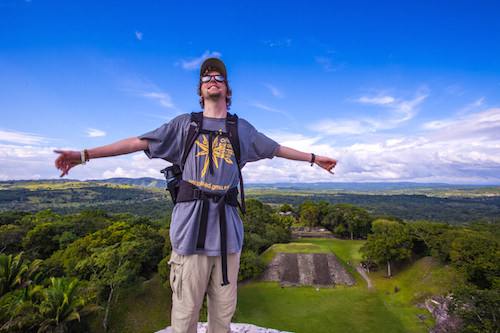 The Mayan ruins at Xunantunich, Belize

The next adventure is further into the jungle to explore the underground archaeological site of the Actun Chapat Cave system. The cave system consists of 3 caves: Actun Chapat, Actun Halal, and Actun Son of Chapat. Access to these caves is on private property, by guided tour only and these caves see few visitors.

The Actun Chapat cave is also known as the ‘Centipede Cave’ and has no known ending. The cave system is filled with amazing geological formations, pottery shards, and ancient ceremonial altars and other Maya artefacts and relics. The cave is also home to a lake complete with blind catfish, bats, crabs and even freshwater shrimp. 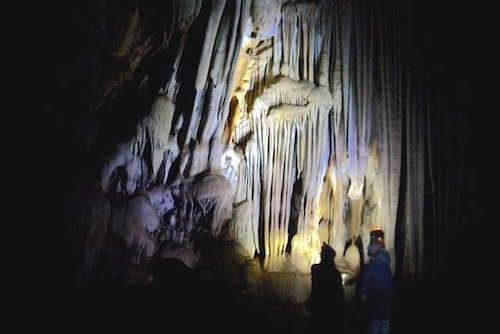 Actun Halal or the ‘Dart Cave’ is a one-room cavern, with entrances at each end. It is considered more of a shelter, as daylight reaches through both ends.  The Mayan people used this shelter cave as a sacred place and there is evidence of the Late Archaic people living there around 4400 B.C. 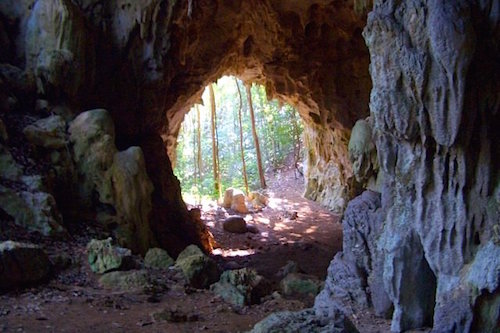 Actun Son Of Chapat is located next to the Actun Halal cave. This cave has not been fully explored, however, there is evidence that there is a subterranean passage that connects to the Actun Chapat cave. There is evidence that this cave was used extensively by the Maya people, as there are hundreds of pieces of pottery shards in the caves’ entrance.

The 7-night Glover’s Reef & Mayan Cave trip is available from early December to the end of April. This trip includes a private visit to the Actun Chapat Cave system and the ruins at Xunantunich.

We are offering a special deal on this Belize vacation for early December 2017 departures. Save $250 per person on Glover’s Reef & Mayan Cave trip departures on December 3rd or 10th. This offer is subject to availability, for new bookings only, and cannot be combined with any other promotions.