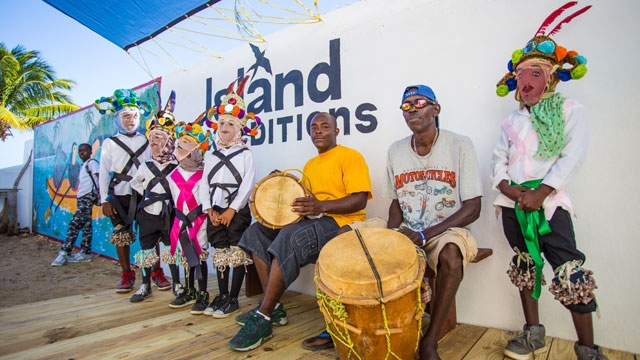 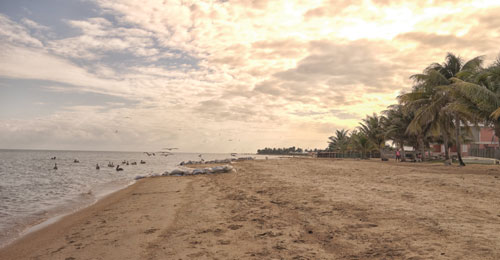 The beach at Dangriga

The Garifuna people trace their ancestry to West African and indigenous Arawak people.

Around 1635, two Spanish ships carrying West Africans destined for North America, were wrecked near St. Vincent in the West Indies.  Over the next 150 years the settlers began intermarrying, and the Garifuna ethnic group was formed.

In 1798 part of the population were exiled to the Island of Roatan, an island off the coast of Honduras. From Roatan, the Garifuna migrated to the mainland of Honduras and settled all along the Caribbean coast of Belize (then British Honduras), Guatemala and Nicaragua.

According to legend, the first Garifuna arrived in British Honduras on November 19, 1802.  Garifuna Settlement Day marks this important day in their history in Belize. 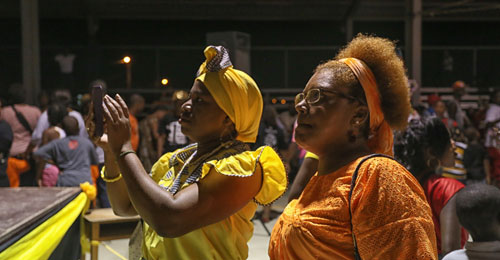 Garifuna Settlement Day is celebrated for the entire week including parades, live music, drumming, dancing and prayers.  The first landing of the Garifuna is reenacted with boats coming ashore carrying cassava sticks, plantain suckers and sugarcane representing the food the Garifuna people bought with them. 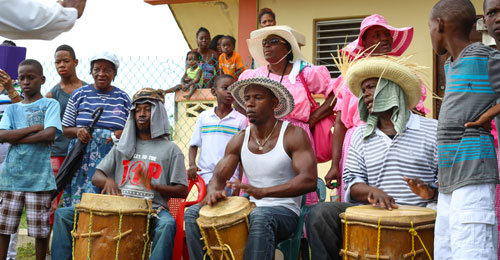 Traditional Garifuna dishes such as serre (fish boiled in coconut milk), hudut (mashed plantain) and cassava served in a variety of forms are also a significant part of the celebrations.

If you are in Dangriga be sure to visit the fascinating Gulisi Garifuna Museum which celebrates Garifuna culture and history. The museum offers a full multimedia experience and you can learn the origins of the Garifuna people, their history and customs.  The museum also has a full sized working garden of traditional plants and herbs.