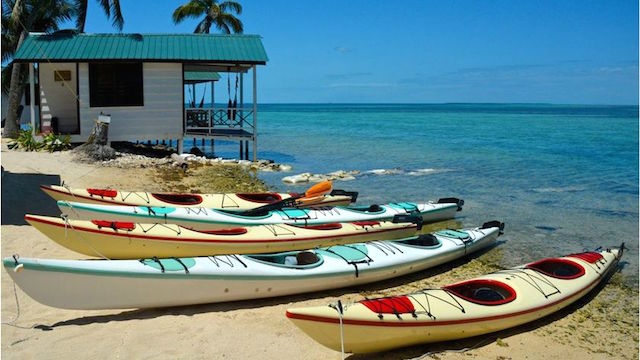 Travel writer Debbie Olsen joined us on our Paradise Island trip last spring.  She explored the Southwater Caye Marine Reserve by sea kayak, paddle-board (SUP) and discovered the underwater world by snorkel.  Here is her article that recently appeared in the travel section of the Calgary Herald on November 25, 2017.

Ease into Belize with an island hopping kayak excursion

Debbie Olsen for the Calgary Herald

More from Debbie Olsen for the Calgary Herald 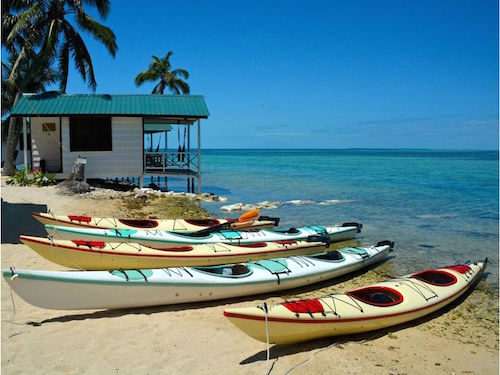 Kayaking island to island is a great way to explore Belize. Calgary Herald

As the sun was setting on the tiny Belizean island of Tobacco Caye, I lay in a hammock on the outdoor veranda of a rustic little over-the-water bungalow, taking in the scenery. On the nearby shore, a brown dog named Delilah was pacing back and forth. She’d been chasing sting rays since we got there. She was at full attention when a large stingray swam directly in front of the bungalow — perfectly visible in the clear water.

Exploring Belize’s Southwater Caye Marine Reserve by sea kayak is one of those trips-of-a-lifetime that I’d been dreaming about. Island Expeditions, a British Columbia-based tour operator, has been running kayak expeditions in Belize since 1987 and their six-night, island-to-island expedition seemed to have just the right combination of paddling, snorkelling and relaxing.

Our journey began with a flight to Belize City and an overnight stay at the Tropical Education Centre, an accommodation affiliated with the Belize Zoo. We stayed in rustic cabanas tucked away in a tropical forest and later that evening we had a special night tour of the Belize Zoo. It was a chance to see and learn about the animals that are native to this part of the world. 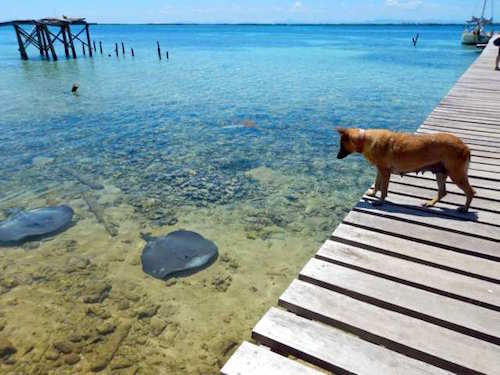 The next day, we drove the Hummingbird Route through the Maya Mountains to reach a motorboat charter in Dangriga that would take us to our first island — Tobacco Caye. That’s when the real fun began.

Tobacco Caye is so small that you could walk around the entire island in about 10 minutes. After we settled into our bungalows, our guide Omar began training us to use kayaks. Of the seven people in our group, most had paddled before but no one was an expert. It was good to go over the basics, but I have to admit I was nervous when he asked us to attach the kayak skirt and deliberately capsize. I’m slightly claustrophobic with poor swimming skills, so I really didn’t want to do it.

After learning how to use our kayaks and snorkel gear, we spent two days exploring the reef and cayes near Tobacco Caye. We’d kayak out to a spot on the reef or to a nearby island, anchor our kayaks together and then get a closer look at the marine life through a snorkel mask. 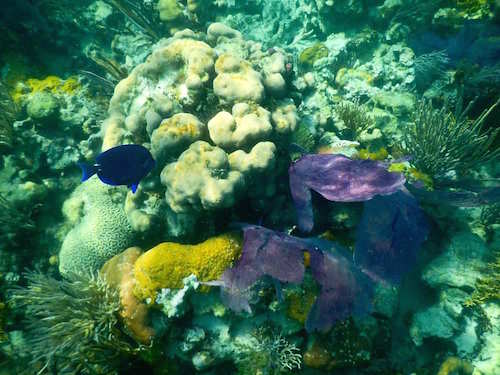 On the third day, we checked out of our hotel, loaded our luggage into the waterproof hatches of the kayaks and set out on the half-day journey to the next island — Southwater Caye. We were fortunate to have a little wind behind us, so we attached sails to the kayaks to make the journey go faster. Shortly after we set out, one of the kayaks capsized and we had to actually use the rescue skills Omar had taught us.

The rest of the trip to South Water Caye went perfectly and before long we were sailing like experts. We spent the next three days exploring different regions of the barrier reef. We practised standup paddle boarding and used our kayaks to make day trips to neighbouring islands.

A night snorkel off South Water Caye was a definite highlight and we were amazed at how different the reef was after dark. We saw glowing squid, lobsters and crabs and many types of fish that we hadn’t seen during the day. After the snorkel, we watched some hermit crab races and then went to the only bar on the island and enjoyed some refreshments and some visiting before bed. 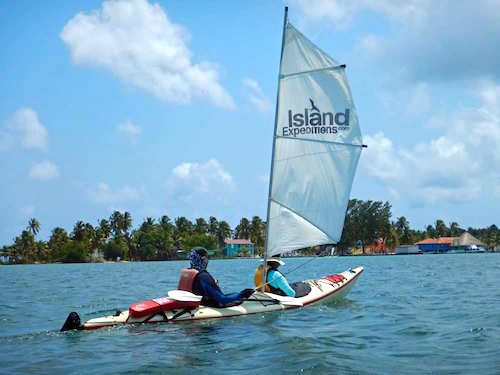 Using the wind to help power kayaks on the island to island expedition. Calgary Herald

One afternoon we paddled out to the Carrie Bow Cay Marine Field Station and spoke to a field technician named Scott Beers about the marine research going on there. The Smithsonian Institution supports a number of projects that have helped broaden knowledge on the biology, ecology, and geology of coral reef ecosystems. Even though this part of the world is incredibly scenic, most scientists only stay for about four weeks at a time. “No matter how beautiful a place is, isolation tests your spirit,” explained Beers.

On our last day, we paddled to Billy Hawke Caye, explored the mangroves surrounding the island and ate lunch there. Afterwards, we took a motorboat out to the reef near the Bread and Butter Cayes and snorkelled. It was one of the prettiest snorkelling locales of the trip with stunning coral formations and countless colourful fish. As we climbed back into the boat, one of the other members of our group exclaimed, “If this is heaven, I’m going to have to start trying harder.” The rest of us couldn’t help but agree.