Good news for the jaguars!  Their future was made a little more secure as Belize signed on to the Jaguar Corridor Initiative - a critical conservation agreement with eighteen other countries to maintain the jaguar corridor.  Click here for more information.
.

Today, Belize signed on with 18 other countries to a memorandum of understanding which is an official commitment from Government and its environmental partners to collaboratively implement science-based conservation initiatives that secure and connect jaguars and their habitats in Belize and beyond its borders, facilitate land development that is both ecologically sustainable and economically profitable, and mitigate human-jaguar conflict throughout the country.

Now, it's an initiative which the experts say started in Belize, and it has finally come full circle with this MOU.

World renown Jaguar Expert was the main speaker at the Signing, and he explained that from his observations in other countries, Belize has the healthiest relationship with the big cat:
\
Dr. Alan Rabinowitz - CEO, Panthera

"Now there are 18 countries signing these MOUs to maintaining the jaguar corridor. It doesn't mean necessarily a bunch of new protected areas, it means land use zoning; thinking of land where wildlife now becomes a part of the thinking of agricultural development; new road building and all those kinds of things. It just means a better way of thinking and where all the local communities and local people are involve in that way of thinking because it's their land, its where they live, it's their resources. Everything got started here 30 years ago and not only am I thrill to see it have come full circle now to where Belize is now signing this MOU for the jaguar corridor, but I want you to realize that you are a piece of the jaguar corridor as small as it might seem. When you look at a map from Mexico through Argentina, it's actually a very special piece of the jaguar corridor." 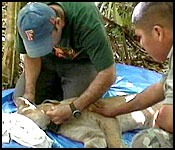 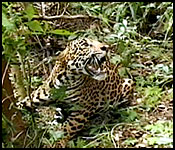 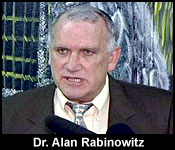 The University of Belize hosted the event.